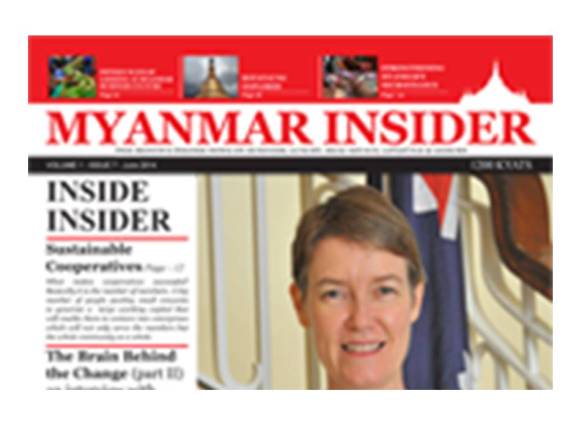 The ASEAN economic integration scheduled to be fully implemented in 2015 will have great impact on the people of the region. Designed to be a common production and marketing unit, goods and services will flow freely among its member-countries and will trigger a survival-of-the-fittest mode for businesses in the region. As competition provides lower prices and better products and services, benefiting the people, it will also weed out inefficient companies resulting in the laying-off of workers. Industries will consolidate leaving fewer surviving players to dominate the market. In this scenario, it is evident that the more developed member-countries of ASEAN will have a head start.

It is expected, but not assured, that the benefits of the economic integration will trickle-down to the marginalized sectors of the society. Definitely, a large number of people will be excluded in the process especially those coming from the less developed member countries. Growth rates may be observed, but it take some time before the poor will enjoy the benefits of the new economic arrangement. The poor will have to cope with these developments with minimal support. So far, there are no talks of safety nets for the poor, and it seems that everybody is thinking that there will be no massive economic dislocation as a result of this integration.

Left on their own, history shows that poor people coped during hard times by pooling their resources and sharing whatever they can to assist each other. These informal support systems still exist in poor communities and are evident in small self-help groups. It may be an informal collaboration at the start, but it can lead to a more formal and long-term arrangements like cooperatives. During the advent of the Industrial Age in Europe, people flocked to the cities in search of work but ended up being exploited as cheap labor. Poverty persisted and poor people were excluded, consigning them as commodities in the new economic order. The poor coped by forming self-help societies that later on became formal cooperatives. Raiffeisen cooperatives in Germany and the cooperative societies initiated by the Rochdale pioneers of England became models of cooperativism worldwide that has not only reduced poverty but have evolved to become major industry players globally.

Cooperatives as coping mechanism of the poor

What makes cooperatives successful? Basically it is the number of members. A big number of people pooling small amounts to generate a large working capital that will enable them to venture into enterprises which will not only serve the members but the whole community as a whole. Picture a scenario where thousands of poor people regularly deposit small cash amounts into a cooperative. The pooled deposits are then lent out to members some of whom are developing micro-enterprises. Those entrepreneurs will be able to expand their businesses and may even hire members who have no jobs. Income from interest payments of the borrowed funds will add to the growing fund of resources that will be available to other enterprising members. Financial services provide opportunities for members to venture into income-generating activities and contribute to job creation.

From the same scenario, the cooperative may venture into retail business of prime commodities. It can buy products in bulk and can offer lower prices to its members because of the savings generated from doing away with middle-men and avail of discount by buying in bulk. Invaribly members consume the products and services because they own the cooperative and it offers cost value. The sheer volume of small transactions will provide additional income for the cooperative.

The continuous and regular pooling of resources, the provision of financial services to members with entrepreneurial spirit and the establishment of basic services that responds to the needs of members builds up not only the financial resources but the institutional capacity of the cooperatives. As the cooperative becomes more efficient, it can assume more functions and businesses to serve its members and the public.

Cooperation does not only happen among individual persons because cooperation among cooperatives also takes place. It one of the basic principles of cooperativism – strength in numbers. This makes cooperatives one of the best mechanisms for economic inclusion. Giving the poor and the marginalized an opportunity to participate in the economic activities through cooperatives. Individually, the poor will have no say, but through a cooperative, they can be a player just as they are in other ASEAN countries with strong cooperative movements like Thailand, Indonesia and the Philippines.

The growth of the Myanmar cooperative movement is attributed to the Ministry of Cooperatives, the government agency responsible for supervising and regulating cooperatives in this country. Its main objective can be summarized into two: first, to improve the socio-economic life of rural and urban people at grass-roots level; and second, to support with full strength by cooperative businesses for the development of the nation’s economy. Main activities of the ministry in promoting and developing cooperatives include cooperative development, small scale industry development, import-export enterprise development and the strengthening of the apex organization.

The Central Cooperative Society (CCS) is the apex organization composed of the all the primaries and syndicates in the region. As of 2013, the total number of registered cooperative primaries was at 20,658. It has total individual membership of 2,403,365. In terms of financial resources, total savings stands at 340Million kyats and loans outstanding at 1.1Billion Kyats. A large number of registered cooperatives are agricultural co-operatives in rural areas that are utilized as channels of support for agricultural producers. The rest are services cooperatives more prevalent in urban areas among the working class, providing savings and credit services.

The recent introduction of the Microfinance Law encouraged some cooperatives to register as microfinance service providers. In 2013, a total of 71 cooperatives were given licenses to function as MF (Microfinance) operators and is this is expected to increase as the regulatory framework for microfinance is being fine tuned. . The CCS was also allowed to operate microfinance operating units and set up branches to serve its members.

This is a good development as the presence of many cooperative microfinance service providers will promote financial inclusion and bring financial services to the doorstep of the members. It will allow people to enhance and increase their economic activities as working capital can be accessed from these institutions.

The challenges of sustainability

Cooperative development in Myanmar has a long history. With direct support from the government, it has survived domestic and regional economic crises. However, with the advent of free-trade arrangements and the gradual opening up of the country’s economy to the West it brings with it some challenges.

1. Increasing financial inclusion especially for those living in the rural areas

As the volume of members and transaction grows, there is a need to formalize and enhance governance and management systems. Volunteer work is not bad, but a fulltime and more professional workforce may have to man the cooperatives to make them more efficient and to meet the complexities of managing multiple services and ensuring membership care. An in-house training program that will ensure a pool of trained staff familiar with such operations should be coupled with management and executive training for the management team and policy-makers. The institutional capacity of the cooperatives has to be brought up to the same level of cooperatives operating in other ASEAN member-countries.

3. The need for matching funds

At the start, the pooled resources of the members may not be enough to provide for all the financial requirements of the members. As they gradually build-up their working capital out of the small savings and the incremental income for operations, there is a need to match these funds to hasten the development process. Matching funds, be it grants or soft loans, is ideal because it is founded on the concept that the cooperative has to first prove it can generate internal resources. The principle of cooperation among cooperatives will work best in this situation wherein inter-lending among cooperatives can be facilitated.

Doing good is not enough, it should be ensured that there is no harm done to clients. Institutions providing financial services are doing good by providing opportunities to its clients, but they can also find themselves in a bind when they see clients mired in debt and still poor. Cooperatives and other institutions like microfinance that are founded on social services should have a built-in system for social performance management from the start. It should not wait until later or when mission drift is evident before corrective measures are installed.

Support to upgrade existing rural cooperatives and to organize new ones founded on a large base of membership, strong governance, skilled management and relevant products and services will provide the poor with a coping mechanism that will absorb the economic shock of ASEAN integration. It will also be the springboard for small and subsistence economic activities to develop into microenterprises and move towards small and medium enterprises (SME). Cooperatives are the most appropriate platform in developing a country’s agriculture and rural enterprises.

The formation of the ASEAN Economic Community (AEC) is one of the most significant issues nowadays but also the least discussed.    When fully implemented in 2015, it is expected to transform the economic environment in the region.  The design for the region as a single market and production base is presented in the document entitled ASEAN Economic Community Blueprint approved by the ASEAN heads of states in 2007.  The blueprint has five core elements and general features such as:

One of the main questions is the impact of the integration in the microfinance industry in the region. Will it facilitate credit access to more marginalized sectors or will it be sidelined in the process?  Presently, the microfinance sectors in various countries are in various stages of development. Consider the following:

Definitely, the microfinance sector will be affected by the economic integration as each country is in different levels of development.  Are we going to see MFIs crossing national boundaries? Or will the commercial MFIs lord it over the non-stock, not-for-profit MFIs?  Will there be harmonization of laws on microfinance? These questions have to be answered as the microfinance sector responds to the effects of economies going south.

Another question is the social cost of integration. As goods and products from other countries flow in, production and income of local companies with the same products will be affected.  Closure of small enterprises will mean laying off people dependent on these enterprises.  The question is, will the integration bring about opportunities for the local producers to develop capacity to enhance its products, or will it stunt the growth of local companies as more efficient suppliers from other developed countries are coming in.

As more questions need more definite answers, the ASEAN Secretariat and the respective governments of the member-countries should facilitate dialogues and information campaign to enlighten the people about the impact of the integration. In same light, the people should also take initiatives to learn about the issue and be ready when it is implemented.

My thoughts in words

fished from a pool of swimming pictures, colors, voices and feelings

Interhealth Voice curates the experiences & ideas of the Interhealth community. Come & expand your global health vocabulary or plot your next adventure. Interhealth is the Global Health Group of the Western Australian Medical Students' Society and is proudly supported by MIGA. Opinions expressed are those of the authors, not necessarily the organisations with which they are affiliated. Interhealth home: http://www.interhealth.org.au/

bringing corporate world to you

Fundación En Vía is a non-profit organization located in Oaxaca, Mexico. We are committed to supporting social and community development through the combination of three main programs: microfinance, responsible tourism, and education.

All grown up and much more serious

Making it big in business after age 40